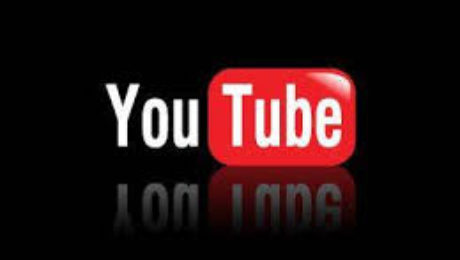 “When YouTube’s site first launched in May 2005, we never could have imagined the endless ways in which you would inspire, inform and entertain us every day.”

Today, more than 100 hours of video are uploaded to YouTube every minute. That’s more than four days of video uploaded each minute! Every month, more than 1 billion people come to YouTube to access news, answer questions and have a little fun. That’s almost one out of every two people on the Internet.

Millions of partners are creating content for YouTube and more than 1,000 companies worldwide have mandated a one-hour mid-day break to watch nothing but funny YouTube videos. Well, we made that last stat up, but that would be cool (the other stats are true).

Why Advertisers Need to Get Serious About Video

We are at the brink of a watershed moment in digital video. Fueled by the high demand for premium, original content, this second annual marketplace, taking place this week (April 29-May 3), is widely expected to attract $1 billion of investment.

Interactivity aside, there’s room to think beyond the constraints of the traditional TV spot. In 2012, the most viral ad wasn’t 30 seconds long. It didn’t feature a cat, celebrities or a household name brand. It was a 30-minute video from Invisible Children, a nongovernmental organization, to rally opposition to Ugandan rebel leader Joseph Kony. Its current tally on YouTube of more than 97 million views makes its audience comparable to that of the Super Bowl.

Consumers are eager for more dedicated and eye-opening digital video advertising content. It’s already become a vibrant element of the stories that inform us, as demonstrated by the interactive feature “Snow Fall: The Avalanche at Tunnel Creek” from The New York Times. Also, original digital video content has become a regular extension of television programming, especially of programming targeted to a younger audience.

Digital video has all the attributes of television—sight, sound and motion, and high-quality, original content—with the great benefit of interactivity, targetability and global audience.

Marketers are beginning to recognize this. In 2012, advertisers spent $2.3 billion on digital video advertising, an increase of 29 percent over 2011, according to the IAB Internet Advertising Revenue Report. But all too often, the ads themselves are an afterthought—repurposed television commercials, 15- to 30-second spots with very limited interactive features.

While it’s understandable that marketers want to dip in their toes before jumping, it’s time for the high dive. Too many advertisers are missing out on the valuable advantages of this medium, and too many consumers are ready for these new advertising experiences that aren’t presently available to them. Indeed, the marketplace is primed to produce interactive, engaging and powerful original digital video advertising.

We’re at the precipice of a new era of advertising where sight, sound, motion and interactivity are united into one robust, surprising, even multilayered brand communication, far beyond the capabilities of a traditional television commercial.

But it’s up to marketers, agencies and publishers to take that leap and jump in. 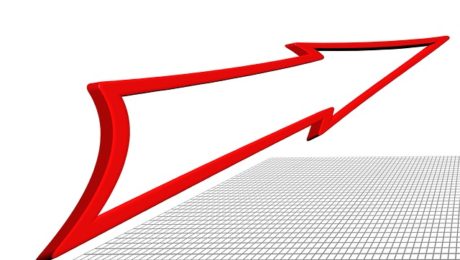 Today Nielsen announced a pilot program for Nielsen Digital Program Ratings, which will measure audiences for TV content viewed online. A+E, ABC, AOL, CBS, The CW, Discovery Communications, FOX, NBC and Univision have all signed on to participate in this test, which will begin in May and run through July. Nielsen is a global provider of information and insights into what consumers watch and buy.

“The potential to measure video viewing of specific programs on linear TV as well as the Internet is significant,” said Alan Wurtzel, President of Research and Media Development, NBCUniversal. “It’s an important step toward reaching the ‘holy grail’ of true cross-platform measurement.”

According to new consumer research from the e-tailing group and Invodo, 57% of online consumers feel more confident when watching product videos before making purchases online. This is an increase of nearly 10% over last year’s online video survey.

Confident shoppers are happy shoppers, and online video helps to create positive sentiments towards your brand. This feeling likely stems from video’s ability to show and demonstrate the product in a realistic environment: more than 2 out of 3 shoppers claimed that video helped them to understand how the product really works. It’s tough to buy something online without being able to try it out like you could in a store, but video helps to bridge that gap.

In addition, shoppers are also increasingly likely to be driven to purchase (40%, up from 31%), to purchase more (44%, up from 37%), and to shop again (45%, up from 41%) with retailers who provide online video. It also doesn’t hurt that increased confidence translates to reduced returns. All of these are great for the retailer – who can argue with more sales more often? And that’s not even taking the effects of a satisfied consumer, including positive reviews and brand loyalty, into account.

www.redlinerealestate.ca Redline has re-invented the solution to your real estate needs in the Calgary area. Our full service residential  sales brokerage stands alone. Our wide range of services and experience provides our clients with access to a greater knowledge base than our competition. It’s time to add a breath of fresh air to your Calgary real estate landscape!

http://www.redlinerealestate.ca Redline Real Estate was founded in 2005 as a real estate holdings company for revenue generating properties in the Calgary area. The company was started by two long time friends Brett Turner and Darren Langille. While both being accomplished engineering graduates they also shared a mutual passion for real estate and small business entrepreneurship.

Brett and Darren quickly moved to take their enterprise to the next level. After being licensed for a few years in both the mortgage and real estate fields Redline opened their own brokerages to launch their vision to the next level. Along the way they expanded their real estate investment knowledge by successfully completing various investment property acquisitions, rehabilitations and exits while continuing to add fundamentally sound holding properties to Redline’s long term portfolio.

Calgary’s real estate consumer now has an alternative — One business to provide balanced professional advice and a team of specialists to coordinate their entire real estate transition. Redline’s revolutionary approach aligns the most important aspects of real estate service, and will allow Calgarians to experience the next level of professionalism from start to finish.

www.redlinerealestate.ca At Redline Real Estate, we are a full service mortgage brokerage that markets your profile to the best lenders in Canada’s competitive mortgage industry! So Apply for your mortgage today!

www.redlinerealestate.ca We do it all! Whether it’s a kitchen or bathroom makeover, or giving you the dream basement you always  wanted. Whether it’s building, or completing your garage, or performing an addition to your current residence, there is no job we can’t handle.

Redline has years of experience with the smallest of handyman jobs, all your residential interior/exterior renovation needs and for business owners the expertise to conduct your commerical leasehold improvements. We are licensed – bonded – insured and can get you a free quote within a couple of days.

What is Dare to Care?

Lisa Dixon–Wells
lisa@daretocare.ca | (403) 620–5156
Lisa has been working in school systems across Western Canada since 1990. After completing her M.Ed in Educational Psychology (1997), Lisa’s focus has been on Comprehensive Guidance and Bully Prevention. As the creator of the Dare to Care program, her work has focused on early prevention and intervention in elementary and junior high schools. Through professional development, parent information nights, and classroom facilitation (including assemblies, student forums, and role playing), Lisa has helped over 200 schools create and maintain safe and caring school environments. As well as her expertise in the area of bullying, discipline and community building, Lisa has assisted schools in the development of clear and concise school discipline policies.