In the rough seas of social media, will your brand sink or swim? 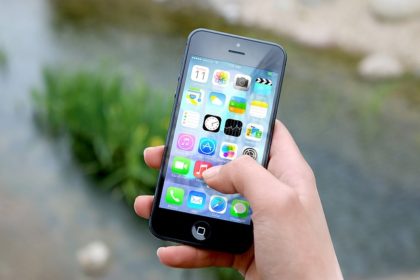 When I left a career in broadcast television and launched a new media company three and a half years ago, it seemed like a risky move to my family, friends and colleagues. But to me it was obvious that when it comes to media, the one thing I could bet on was change. One of the most dramatic changes is the way people consumer and search for information.

Remember that thick yellow book containing categorized businesses in alphabetical order? It was delivered to my door this week in Calgary and my social media feeds were full of people making jokes and coming up with creative uses for something they deemed irrelevant. While YellowPages.ca has certainly evolved online – its main search now offers ‘in the area’ mapped listings and video profiles for some businesses, with ‘alphabetical’ as a secondary option, as well as business video profiles for some – one can’t help but wonder how the company will maintain relevance in a search world dominated by Google and with more and more users turning to social media for search.

There’s no question that social media has disrupted what ‘was’ in a big way by turning the internet into a platform for two-way communication between brands and their customers. Large and small businesses alike are leveraging this opportunity to position themselves as being a source for useful information for their customers. In turn, those customers receive responses and feel a ‘personal’ touch behind what was a faceless brand previously. Out of all of my tweets to brands over the years, to this day, WestJet’s Twitter approach is consistently awesome: they respond in minutes. Sometimes seconds – even if it’s to say ‘have a great flight’ after being mentioned in a basic tweet. Truthfully, this in itself has turned me into a loyal WestJet flyer because I feel like they care. Basic and true.

When it comes to engagement, we’re also seeing media groups encouraging their listeners and/or viewers to join the conversation. Some have deployed this more successfully than others: Just this week, Huffington Post/AOL launched it’s live web video news platform HuffPost Live which was created to be highly interactive and highly disruptive – and at a first glance – it likely will be, because it fills a gap in the marketplace to meet the public’s evolving media consumption habits. With live streaming video running nearly all day, viewers can tune in when they want to, and participate directly in the conversation live. It’s a huge departure from what the majority TV news as we knew it looked like even a year ago.

When it comes to information consumption, search habits and related technologies, so much as changed over the past couple of years. So, if you’re an advertiser trying to build your brand – and are still doing the same things you were back then – it’s time to step up your game, so you can stay in it.

Lisa Ostrikoff is a TV journalist/anchor-turned-creator of BizBOXTV, a web video and social media marketing agency based in Calgary. Find her on Twitter and Facebook.