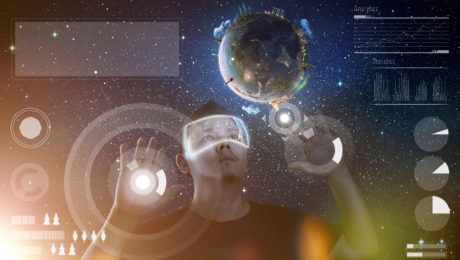 If there’s been a buzzword for 2021, it’s definitely metaverse. Even though the entire concept isn’t that new, when Mark Zuckerberg mentioned it in the context of Facebook’s (now: Meta’s) future, the market lit up instantly.

In this respect, in addition to numerous successful brands’ collaborations, the digital property space in metaverse has been recently booming, too, with valuations rising to record-breaking heights.

As for the prospects for 2022, metaverse in a whole, and metaverse advertising in particular, will definitely undergo its further evolution, yet its dynamics will significantly depend on how fast the implementation of infrastructure will be going forward.

The metaverse is already upon us, and for brands, retailers and consumers alike, there is an immense opportunity not to be missed.

20 years ago, it was unlikely advertisers would have believed you if you told them they would be spending such a significant amount of their budget on platforms like Facebook and Instagram.

Yet in the last decade, online platforms have become the lifeblood of countless companies, allowing them to reach much wider and targeted audiences than ever before.

It might seem like a pie in the sky notion when we hear people saying how the metaverse will change the way companies and consumers interact.