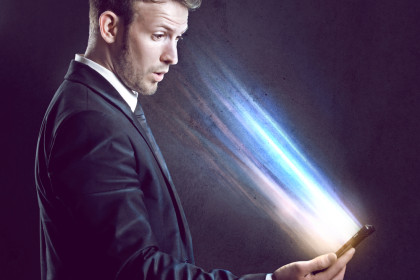 Watch online video.
10.1 Billion videos every month to be precise.
On average, Canadians watch 32 hours of online video, every month… and it’s not only on our desktop computers.
Year after year, we’re increasingly tuning in on the go via mobile – 37% watch via mobile –
tablet 56%……. and laptop 75%.

Worldwide, Canada ranks a close second for overall online video consumption… with half of those videos viewed on YouTube.
88% of Canadians who watch online video use YouTube… with 71% saying the second largest search engine is their most preferred video site.

It’s interesting to note, an iPsos/Google study found that traditional outlets, that have launched online channels, are popular with less than 25% of online video watchers.

Since 2012, Canadians aged 18 to 39 have been spending more time streaming online vs watching traditional TV.

It’s not just about entertainment or news… business content is of increasing importance.

Canadian advertisers are starting to accelerate spending to leverage the power of sight and sound to connect with consumers.

Online ad revenue in Canada already exceeds Radio & Newspaper, and is set to be greater than TV in 2014 for the first time.

Spending on online video advertising doubled in 2011…. 2013 saw a 42% increase… and spending is set to significantly outpace other ad formats in Canada over next several years.. with double digit gains predicted through 2016.

Proven by the rapid adoption of the medium, online video is no longer seen as experimental – it delivers proven ROI and effective brand reach to Canadian advertisers set to take the leap and reap the rewards. ”

Why Online Video Needs To Be In Your 2015 Budget
Tweet