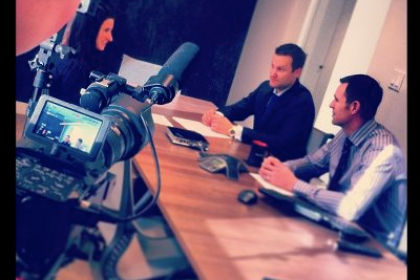 Online video is seeing massive growth. Watching video online has gone from a niche activity to mainstream. With new devices, video everywhere has become a reality.

The implications of online video’s growth for the digital advertising industry are huge. Sight, sound and motion is of utmost importance to brand advertisers. It can pull on heartstrings and entertain people the way banners have never been able to do. That’s led to Web video ads being the bright spot in an otherwise tough market for publishers. The big question is whether the growth in inventory will continue that trend.

Only about 24 percent of national brands are using online video to market to consumers. (Kantar Media)

Online video now accounts for 50 percent of all mobile traffic and up to 69 percent of traffic on certain networks. (Bytemobile Mobile Analytics Report)

Consumers give up on an online video if it doesn’t load in two seconds. (University of Massachusetts Amherst and Akamai Technologies)

Users sharing video on retail and brand sites chose Facebook 46 percent of the time, with email accounting for 40 percent and Twitter capturing 14 percent of shares. (Invodo)

Globally, online video traffic will be 55 percent of all consumer Internet traffic in 2016. (Cisco)

Mobile and tablet shoppers are three times as likely to view a video as laptop or desktop users. (NPD)

Online video production will account for more than one-third of all online advertising spending within the next five years. (Borrell Associates)

76 percent of marketers plan to add video to their sites, making it a higher priority than Facebook, Twitter and blog integration. (Social Media Examiner)

92 percent of mobile video viewers share videos with others. (Invodo)

via 15 Stats Brands Should Know About Online Video

The BizBOXTV difference? We’re not a traditional Calgary video production company with traditional approaches. We were founded in 2009, as this new digital & social world started making itself known, so our focus and expertise has been honed right here.  Our background comes from working in news… most of our core team are Journalists, seasoned professionals who know the best way to tell stories in an engaging and entertaining way so a target audience will listen.