Want To Appeal To Female Consumers? Make A Video 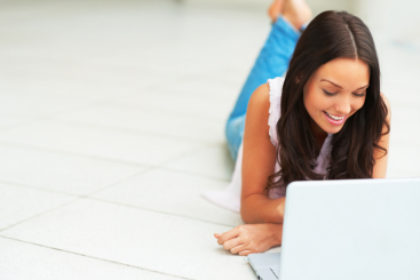 If you are a brand, product and service aimed specifically at the female demographic, there has never been a better time to market yourself via video content – especially if your target audience is aged between 18 and 34. According to Nielsen, 116 million women were ‘active’ on the internet in 2012 compared to 102 million men, they spent more time watching video than men and they will “control two thirds of the consumer wealth” in the U.S. by 2023. Incentive enough?

Want To Appeal To Female Consumers? Then Make A Video

Women aged 18 to 34 watched about three less hours of television last year, while internet video content consumption increased by 4 hours. Generally, those aged 18+ watched nearly 180 hours of TV in Q4 last year, an increase of 3% of the year before, although there was a slight decrease in the 18 to 34 year old sector.

In the same quarter, women aged 18 and over watched approximately 191:34 hours of video each month (across all platforms) while men watched 170:06 hours of video.

How To Advertise To Women

According to the Nielsen report, women remember more and in a different way to men and so video marketing strategy aimed at female consumers needs to factor in certain approaches. Apparently the female brain is: hard-wired with evolutionary strongholds to create a very specialized customer whose purchasing prowess has never been stronger. Talk to both her emotional and rational sides and acknowledge her attention to detail. Layering emotional decision-making opportunities with rational information will increase purchase intent and will have strong “sticking” power.

There’s absolutely no doubt that there is a massive opportunity for video content to drive sales and generate leads from female consumers but, please, don’t patronize us, because that’s going to do more harm to your brand in the long run.

via Want To Appeal To Female Consumers? Then Make A Video.