by BizBOXTV / Sunday, 25 May 2014 / Published in Facebook, Video Advertising 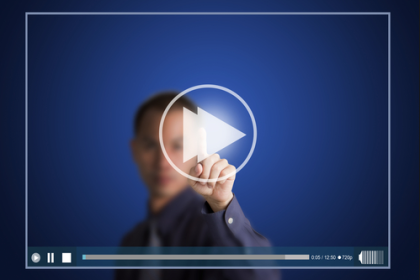 Facebook is expanding its new video advertising service, allowing marketers to show the television-like spots to users of the social network in Canada and six other countries, the company told Reuters.

The move marks a significant ramping up of one of Facebook’s most closely watched new advertising products, which analysts believe could help the Internet company capture a bigger slice of lucrative brand advertising budgets.

15-second Facebook video ads appear in users’ newsfeeds and play automatically with the sound muted until they are clicked on. Facebook began selling the ads in the United States in March to a small group of marketers including insurance company Progressive Corp and television broadcaster NBC, a unit of Comcast Corp.

Facebook said the performance of the initial group of video ads in the United States has been strong, but declined to elaborate.

As it did in the United States, Facebook is moving cautiously to roll out the auto-play video ads in its overseas markets to avoid annoying users. The company will initially work with a limited group of advertisers in Canada, France, Germany, Brazil, Japan, Australia and Britain starting next month.

Each ad must pass a quality-control test that Facebook administers in conjunction with video analytics firm Ace Metrix.

Most of the commercials in international markets will not appear on Facebook’s website until September, as the internet company spends several months working closely with marketers to ensure that the spots meet its quality standards, a Facebook spokesman told Reuters.

Facebook Video ads, along with ads on the Facebook-owned Instagram photo-sharing app, are among the new businesses that analysts believe could turn into important money-makers for Facebook, though the company has said it does not expect video ads to contribute meaningfully to its business this year.

The price that marketers pay to run a video ad on Facebook is determined by the size of the audience as measured by measurement firm Nielsen. Marketers can choose specific times of day for their spots and can target ads according to age and gender.

Online video ads, which typically carry much higher rates than other forms of online ads, could help Facebook bolster its ad revenue in international markets where the company’s average revenue per user is lower than in the United States and Canada.