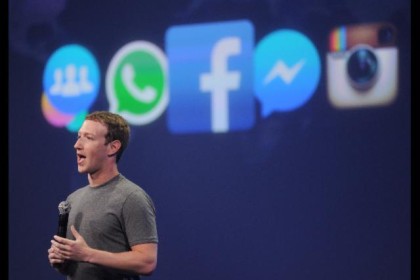 Facebook is starting to become a must-buy for big brands, because it has the reach and the impact they want. Now, according to ad agency executives, they think Facebook is finally poised to capture more TV ad dollars.

“We see Facebook at a core pivot point,” says David Hewitt, VP and mobile lead at the digital agency SapientNitro. “It’s now a safe bet to put a lot of money into.”

In the last six to eight months, he says, brands have started to understand the reach Facebook has among smartphone users–some 844 million people each day. “It’s hard to get reach on mobile,” he says, but now “Facebook checks that box” in a way that few others online besides Google can.

Another reason is that Facebook mobile video ads can run in a lot of places besides just Facebook. Now that the company is operating a number of other distinct apps, such as Instagram, WhatsApp, and its own Messenger app, advertisers have a wider choice of places to reach a broader range of audiences in unique ways. It also can run Facebook ads on other sites that are part of its Audience Network.

Not least, advertisers like what Facebook is doing with video. In video ads that play automatically in people’s central news feeds, they have a format they know people watch (and that commands much higher prices for Facebook). “There’s an amazing amount of upside to Facebook mobile video ads,” says Hewitt, enough to overcome what he calls “muscle-memory media buying” by big brands.

What’s more, Facebook is pitching advertisers on the ability to buy ads using the same measures they use for TV ads, according to a recent report. Indeed, the ability to measure the impact of its ads on product sales is another big reason Facebook has attracted advertising’s biggest spenders. One example Sandberg cited: Acura used Facebook video to launch the TLX, then showed “retargeting” ads when people who saw the video went elsewhere online. Using a Facebook service called Conversion Lift, she said, Acura could prove the ads drove car sales.

Facebook isn’t alone in its pursuit of brand advertisers. “Google, for example, is rapidly building out audience targeting options, and has a ‘little’ video network of its own—YouTube—that is massively successful for advertisers and very effective on mobile,” says Craig Palli, chief strategy officer at the mobile marketing technology firm Fiksu.

So far, though, Facebook appears to be more than holding its own.