Located atop the Calgary Tower, SKY 360 Restaurant is a popular spot for both Calgarians and tourists alike. From catering to the Calgary business/corporate crowd with a corporate lunch menu, to hosting large special events: SKY 360 really does have something for everyone! There’s no longer any elevation charges…. and you really can’t beat the view! At 155 metres, SKY 360 offers guests a full view of the city as it revolves once every 45 minutes during lunchtime and once per hour during dinner service. Your elevation is complimentary when you order an entree. Reservations can be made by phoning 403-532-7966.

The BizBOXTV difference? We’re not a traditional production company with traditional approaches. Our background comes from working in news… most of our core team is comprised of Journalists, seasoned professionals who know the best way to tell stories in an engaging and entertaining way so a target audience will listen.

From single profile videos and team bios to sales videos and branded content creation, BizBOXTV has years of experience working with businesses just like yours, looking for a unique and powerful way to tell their stories, increase brand awareness and of course, sales. You are also looking for an incredible return on investment in this changing media landscape. This is why BizBOXTV was created. Video does all that, and more.

The BizBOXTV difference? We’re not a traditional Calgary video production company with traditional approaches. We were founded in 2009, as this new digital & social world started making itself known, so our focus and expertise has been honed right here. Our background comes from working in news… most of our core team are Journalists, seasoned professionals who know the best way to tell stories in an engaging and entertaining way so a target audience will listen.

From single profile videos and team bios to sales videos and branded content creation, BizBOXTV has years of experience working with businesses just like yours, looking for a unique and powerful way to tell their stories, increase brand awareness and of course, sales. You are also looking for an incredible return on investment in this changing media landscape. This is why BizBOXTV was created. Professional YouTube video production does all that, and more.

As the entire media and advertising landscape experiences a massive shift, BizBOXTV is thrilled to be in a position to work with forward thinking companies driven to get and stay ahead of the curve via YouTube video. We have worked with hundreds of amazing Calgary video production clients in cities across Canada and North America over the past four years. BizBOXTV is looking forward to growing and evolving with this ever-changing communications landscape to be able to offer our clients the most innovative approaches to getting what they want, as well as getting the most value out of their marketing dollars.

Do you have a Calgary video production project you’d like to explore working with us on? Contact us today if you’re ready to step it up and enter the exciting and results-driven world of BizBOXTV: YouTube video production for business. 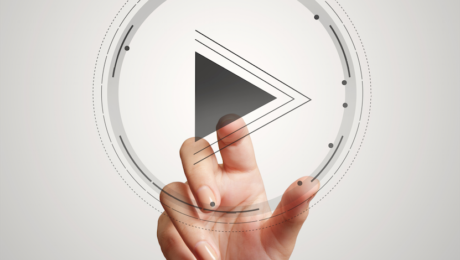 More accessible technology and maturing business models are opening the floodgates for Web video from both professionals and nonprofessionals, experts said at a conference Wednesday.

Jeremy Allaire, the CEO of Web video provider Brightcove, was the keynote speaker at the Massachusetts Institute of Technology’s Enterprise Forum’s Brave New Web conference. He said the Internet is rapidly moving from a “text Web” to a “video Web,” spurred by the dropping costs of producing and hosting video.

“We’re right on the verge of an inflection point where the quality (of Web video) will reach TV quality and the user interface will become a TV-like immersive experience,” Allaire said. “We’re likely to see a flood of quality video on the Web that the rights holders have allowed to go online. Within two years, it will be a bigger category.”

Unlike traditional entertainment media, however, end-user participation should be a big part of any online media strategy, Allaire said.

Brightcove is developing several “social media” additions to work with its video hosting and distribution system. The new features will allow viewers to a submit content and integrate with chat software to allow people to discuss videos online, Allaire said.

But despite the explosion of so-called user generated content made famous on video-sharing sites like YouTube, many of the business models for online media are immature, according to a panel on the media industry at the conference.

Alex Laats, CEO of audio and video search company Podzinger said that online content needs to be searchable and categorized into channels. Once that happens, online media will be more appealing to both consumers and advertisers.

“User-generated content is only important if it’s an aggregated community because in the aggregate, I can build business models around it,” Laats said. “If you can sort content into channels of media, you’d have more growth of online media.”

In addition, the advertising industry, which spends billions of dollars per year on television advertising, is very conservative and resistant to try things that are not measured and quantifiable, said Laurie Baird, director of technology partnerships for Turner Broadcasting System.

Niche audiences are developing around the Web where people can share videos and podcasts. That has led to a fragmentation of the media industry, more accustomed to dealing with the mass market.

“Everyone is an expert on something–I really truly believe that. This is given us a whole new level distribution,” said Jose Castillo, president of ThinkJose, a consultant on online media and communities.

Right now, traditional media companies are experimenting with media that combines both professional and nonprofessional material.

For example, Baird said that two weeks ago Turner Broadcasting launched a site called Super Deluxe, which is dedicated to comedy. The idea is to appeal to a niche audience of comedians and comedy fans, allowing people to submit videos and to rate videos.

“It’s a cross between Comedy Central and YouTube,” she said. “For Turner it’s a product that ultimately will be launched on video-on-demand, mobile devices, and a bunch of platforms.”

via Experts: No stopping flood of Web video – CNET News.