Cable is bleeding. Cord cutting could be at fault. 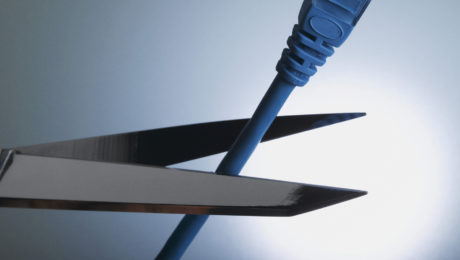 US Pay TV had a really bad first quarter this year, with cable companies losing an estimated 263,735 subscribers from New Year’s Day to the end of March, according to the Leichtman Research Group. Satellite TV providers and phone companies with a TV business gained some subscribers during the same time period, but fewer than in previous first quarters, and one of the culprits seems to be cord cutting.

A bad first quarter is notable for the industry because that’s when it is usually the strongest. The industry added an estimated 445,000 subscribers in Q1 of 2012, and 470,000 in Q1 of 2011. But even with additions from satellite and phone companies, this year’s first quarter was only up around 194,000 – not enough to make up for previous-quarter losses.

From April 2012 to March 2013, the industry lost a total of 80,000 subscribers, according to Leichtman Research. That’s the first time the research company has ever seen subscriber losses over a 12-month-period, leading president Bruce Leichtman to this assessment:

“First-time ever annual industry-wide losses reflect a combination of a saturated market, an increased focus from providers on acquiring higher-value subscribers, and some consumers opting for a lower-cost mixture of over-the-air TV, Netflix and other over-the-top viewing options.”

That’s quite a statement, especially considering that Leichtman has been an outspoken skeptic of the cord cutting phenomenon. In a 2010 New York Times story, he famously called cord cutters “really just a bizarre breed of people, usually in New York or San Francisco, who don’t watch a lot of television in the first place.”

Three years later, he rightfully cautioned that the numbers don’t necessarily point to a “more dramatic near-term market decline,” even though we can expect further losses in Q2, and there are reasons to be nervous.

Cable has been bleeding for years, and it’s no surprise to see this continue – even though many had expected a stronger showing for Comcast and Co. But really concerning is the slowing growth in the satellite TV segment, which is where price-conscious consumers have been fleeing to in previous years.

That’s a sign that people aren’t just looking for a cheaper pay TV option anymore, but actually want to get rid of the traditional pay TV bundle altogether.

via Pay TV is hurting, cord cutting could be at fault — Tech News and Analysis.