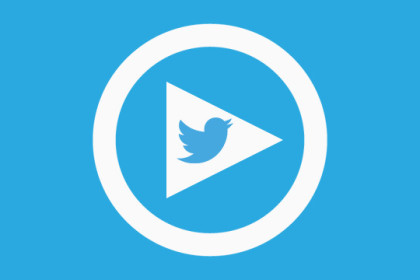 The new product allows media companies to push small video clips on Twitter — such as sports highlights or tornado footage — out to followers, accompanied by a brief video ad as a pre-roll or post-roll.

Ford has already been doing work with ESPN’s college sports properties on Twitter, with a Ford ad lasting just a few seconds rolling in front of spectacular dunk footage from college basketball games.

Glenn Brown, Twitter’s director of promoted content and partnerships, said he hoped it would do for media content what Nigel Tufnell’s amplifier does in the movie “Spinal Tap”: “We want Twitter to take it to 11.”

Costolo described a dramatic example of the combined power of TV and Twitter: He described how, during NASCAR races, viewership declines when there is a fire on the track because the race is paused under “yellow flag” conditions.

But in one race in February last year, driver Brad Keselowski tweeted a picture of a fire on the track from inside his car, Costolo said. It’s been retweeted 5,200 times so far.

“Why he had his phone in the car during the race is a whole other story,” Costolo said, but “the ratings for the show started — people started to tune in.”