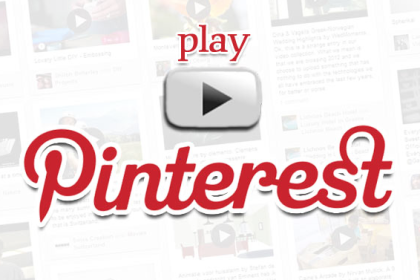 Pinterest Inc. is starting to offer video advertising on its image-based social network, seeking to catch up in a fast-growing market.

While Facebook and Twitter have honed their video-advertising offerings for years, Pinterest pursued other priorities, like building its business model, improving search and making it possible to buy some items directly from the site. Now the San Francisco-based startup realizes that it’s behind on video.

“It’s something we’ve under-invested in in the past, and we’re changing that,” said Jon Kaplan, who was hired from Google earlier this year to be Pinterest’s head of sales. “This is all part of a broader push from the company to make video a bigger part of the consumer and advertiser experience.”

Pinterest’s site and app let people browse and save inspirational images of things they want to buy, make or do in the future. The company tracks a person’s activity to create personalized feeds of photos they think will appeal to that user. Within those feeds, more video has started to pop up — with YouTube now the top source of pinned items and video use up 60 per cent from a year ago, Pinterest said. The company is also working on a tool to let people post and view original video on Pinterest.

The new video ads will be interspersed with those personalized feeds, catering to the interests of whoever is browsing. If clicked, the ads will start to play with sound. The advertiser can choose to show as many as six related “pins” of items to pair with the ad. For example, if the ad shows video of a fashion model, the pins might be of items the user can buy to get the look. “Our video ads are going to be tailored to your interests,” Kaplan said. “We’ve added in additional features that allow the user to take action.”

U.S. digital video-ad spending will reach US$9.9 billion this year, and is set to almost triple by 2020, according to research firm EMarketer. Pinterest, which has more than 100 million users, was last valued at US$11 billion in a funding round in March 2015.

In the rough seas of social media, will your brand sink or swim?

In the rough seas of social media, will your brand sink or swim?
Tweet