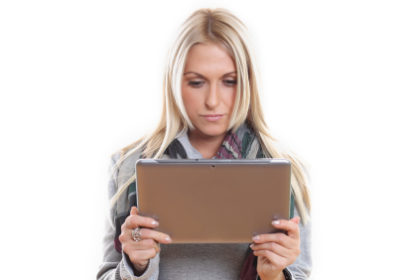 Tablet users averaged 30 percent more viewing time per session compared with desktops, according to data released this week by Ooyala, a provider of video services to major brands. Tablet users also tended to be more engaged, finishing videos at nearly twice the rate as desktop users.

For each minute of video watched on a desktop, tablet users watched for one minute 17 seconds, an average of 28 percent longer than desktop viewing. Video completion rates on tablets were also 30 percent higher than non-tablet mobile devices.

While online viewers were more likely to turn to laptops or desktops to watch short clips, the data suggests that viewers are turning to tablets, mobile devices, and connected TV devices and game consoles for medium and long-form videos. Videos 10 minutes or longer accounted for 30 percent of hours watched on mobile devices, 42 percent on tablets, and 75 percent on connected TV devices and game consoles.

The study also found that viewer engagement was “generally higher” for long-form videos. Mobile users tended to complete three-quarters of a long-form video at a rate of 20 percent, compared with 18 percent for desktops. 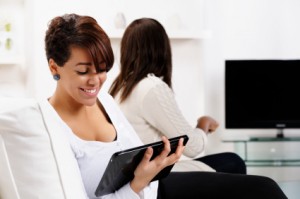 Meanwhile, viewers on connected TV devices and game consoles completed long-form content at a higher rate than viewers who watched on any other device. (A study released earlier in week found that video game consoles have become the most popular way for US consumers to watch online entertainment content on their TVs.)

Apple’s iPad was the most popular tablet for viewing online video during the third quarter, accounting for 99.4 percent of displays and 97.7 percent of total plays.