Why the future is bright for digital advertisers 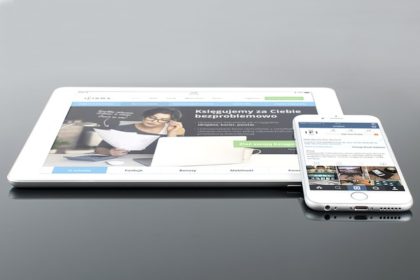 Canadians are plugged in more than ever, presenting new opportunities for advertisers in the digital space.

For marketers and advertisers, Mr. Segal adds, it means brands have a new avenue to attach their messaging to. Here are six reasons why marketers should focus on their digital presence:

1. Canadians spend a lot of time on the Internet.

With the average user spending 41 hours a month online, Canada ranks second across the globe, behind only the United States with 43 monthly hours on average.

2. Our appetite for online video continues to grow.

3. Brands are putting the digital ad market to work for their businesses.

The digital ad market is proving to be increasing in importance in Canada, with 724 billion display ad impressions in 2012, up 17 per cent year-over-year. Social media sites nab the largest share of impressions (27 per cent), followed by entertainment (17 per cent), portals (14 per cent), news and information (8 per cent), and directories and resources (5 per cent).

The good news for businesses of all sizes is that you don’t need a TV-sized budget to gain great traction when it comes to digital advertising.

4. Social media is here to stay.

Social players continue to increase their visitor base and engagement levels, while Facebook maintains a strong lead in the category.

5. Consumers use their mobile phones for multiple uses.

The quick adoption of Internet-enabled devices is contributing to a more fragmented digital media landscape. The mobile market grew by 10 per cent in 2012, adding approximately two million customers to reach slightly more than 22 million. Smartphones own 62 per cent of the market, up from 45 per cent last year.

Google’s Android has 40 per cent of Canada’s smartphone market, followed by Apple (35 per cent), Blackberry (20 per cent), Microsoft (2 per cent) and Symbian (2 per cent).

The percentage of smartphone users watching videos on their mobile devices has also increased to 37 per cent from 16 per cent, while search is the fastest-growing mobile content category (57 per cent in 2012 versus 48 per cent in 2011).

E-commerce spending reached $22.3-billion in Canada in 2012, up 10 per cent from a year earlier, with the number of transactions increasing by 17 per cent. Visits to retail websites were up 9 per cent, with Amazon, Apple, Kijiji, Best Buy and Wal-Mart topping the list of most popular retail websites.

via Why the future is bright for digital marketers – The Globe and Mail.