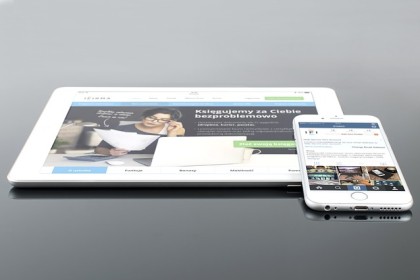 The evolution of the Internet and social media has, no doubt, disrupted traditional public relations and marketing.

The long tradition has been to reach the public via mass media, whether through television, newspapers or radio. An agency or individual would fax or e-mail a standard press release to an assignment editor, news director or reporter, hoping what it contained would earn news coverage.

Mass media worked so well for so long because it was obviously the best and only way to reach people as a mass. It’s what was taught in school and expected at PR firms. Companies went with it because there was no other option.

Now, with the rise of the Internet and social media, reaching the masses often means reaching out to connect with the consumer directly – engaging in a two-way conversation, rather than a one-way broadcast.

Karen Richards, a word-of-mouth marketing strategist and PR instructor at Mount Royal University in Calgary,says it’s critical to accept that there has been a shift in communications, and “that should change how we approach public relations; our audience has become trusted partners, and through real conversations over social media, they can help drive campaigns and be ambassadors to spread word of mouth about businesses in record time.”

This is where the two worlds have been colliding. Some see it as a positive evolution, others, not so much.

Arleigh Galant Vasconcellos, founder and principal of The Agency in Calgary, says “I can see how some traditional agencies could feel threatened by the digital world. However, I think there is really room for both of them to co-exist and work together. Each have their own areas of expertise and value that they can bring to clients and, by collaborating and working together, they can really help to create a great impact for their clients.”

Traditional media channels are still relevant but the shift toward digital and social strategies can’t be ignored. Many former traditional PR and marketing agencies are waking up to this new digital era and the expectations that come along with it.

One agency wide awake is Mantaray Creative. Tamara Rosenblum, principal and creative director, says she “made it a mandate to continue to expand our digital services by remaining at the forefront of technology creation and distribution.”

Mantaray still uses more traditional forms of marketing for its clients and, Ms. Rosenblum says, “we look at every project separately to determine what the best approach will be. In some cases, a mix of traditional and new media tactics is the perfect solution [while] other times, we may need to be a voice amidst the conversation” occurring through social media.

Another is Red Lime Marketing. Co-founder Rafael Lopez says “we knew early on that digital/online services would be a core component of our services. With a budget a fraction that of a major radio/television spot, we can now reach out to tens of thousands of consumers and engage them in a more exciting, and more measurable way.”

Saying there are certain industries that gravitate toward traditional marketing methods, Mr. Lopez says that “what we’re seeing is that when those traditional advertising campaigns are augmented with online and social media, the reach and engagement is far higher.”

Bill Hunt, managing partner at Evans Hunt Group, says that “the challenge itself dictates the direction of the execution.”

Mr. Hunt believes that “every medium has its position. These days, social media has garnered the highest volume of conversation and is, of course, valuable. But with all marketing strategies, each medium must be utilized when appropriate. Not every medium must be used in every execution.”

Ms. Richards says that press releases and print advertising can definitely act as supports to social-driven PR and marketing initiatives, rather than leading them.

“This shift can be the most difficult for diehard marketers and PR practitioners because embracing social media as a viable communication tool for business means being more vulnerable, open to suggestion and criticism and ultimately much more accountable.”

She goes on further to say that, “if you are confident and proud of your product or service, there is no reason to be fearful of opening your doors to social media. Embrace it.”

The evolving digital landscape means more skill sets are required to carry out those approaches. Many PR and marketing agencies are looking for ways to service a growing variety of client needs, from social media to Web video production, for example. Many have sought out more niche specialty providers to offer additional value to their client services. Both Mantaray and Red Lime, for example, have outsourced projects for either Web video or social media services for their clients to providers such as my company.

“We recognize that because our core focus is marketing, there would always be a level of talent in certain fields that would remain outsourced,” Mr. Lopez says.

Ms. Rosenblum, too, says that “we use contractors and other production and marketing specialists who are the best at what they do. This business model allows us and our partners to operate efficiently while achieving the best results possible.”

Mr. Hunt , as well, notes that “often there are others that have deeper experience. It only makes sense to utilize their skills to ensure the proper execution.”

It’s a collaborative, rather than competitive, approach. It’s a strategy that can be a win-win-win – for the client, its core agency and the increasing number of boutique niche-type specialists.

The best part is that it’s an approach that works in today’s digital-focused world – where there is an increasing demand for an evolving variety of talents.

Lisa Ostrikoff is a TV journalist/anchor-turned-creator of BizBOXTV, a web video and social media marketing agency based in Calgary. Find her on Twitter and Facebook.