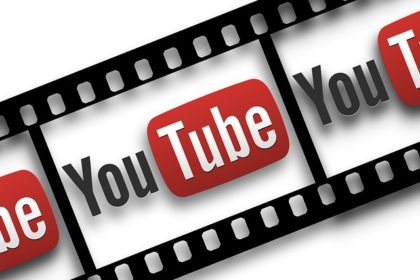 This year, YouTube looked at “views, shares, searches, parodies, remixes, and responses” to identify 10 videos that everyone was watching and talking about.

Turns out, the majority of this year’s top 10 were not advertisements, they were videos that touched viewed on an emotional level to the point where they were compelled to share them on their networks.

Another striking difference between this year’s list and others is that professionally produced videos outshined amateur clips.

“Almost everything on the list this year was created by professional or creative talent for an online audience,” said Kevin Allocca, YouTube trends manager, following the release of the list this week. “It’s different from years ago, when homemade videos or random, funny stuff from smartphone cameras were the hits.”

YouTube is also seeing a shift in how videos are being consumed — with smartphones, tablets, and social media networks becoming preferred viewing methods over say the desktop computer, according to Mr. Allocca.

The most-popular videos are also longer than they’ve ever been: this year’s longest was a documentary running 31 minutes. Also, more are gaining worldwide attention. Consider Gangnam Style. While most viewers have no idea what the lyrics mean, the eye-catching music video was shared across the planet.

More than four billion hours of video are watched every month on YouTube. It’s a number that’s hard to ignore and you really shouldn’t. If you have a business and want to create original video content take note: it’s not about hard selling, it’s all about creating and posting content that people want to share… and, if it’s produced professionally, you’ll have a better chance at success.

The proof is in the numbers:

Want to go through 2012, month by month? Check out the year’s defining moments in this nifty interactive timeline . Just use the arrows to scroll between months, and click on the thumbnails to watch the videos. With this, YouTube invited a number of YouTube ‘stars’ to play a role in this mashup of culturally defining moments of 2012 .

To recap: it’s all about the ‘content’. This year’s list also further supports the thought that professional is also way to go when it comes to web videos that pack the most punch – which is good news for businesses that maybe felt their stories had no place amongst all the cute cat videos.

Lisa Ostrikoff is a TV journalist/anchor-turned-creator of BizBOXTV , a web video and social media marketing agency based in Calgary.