5 reasons why it’s time to invest in online video 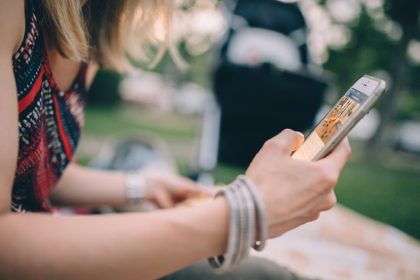 I’ve been preaching a consistent message about the evolution of digital media since 2008. And in this New Year, it’s more relevant than ever.

If your business is already active online, or has reallocated 2014 budgets to do so, it’s going to be a great year for your brand and your bottom line. If not, it’s time to wake up and fully understand what’s going on here: If you work in marketing or advertising for a company slow to make the switch, here’s how to convince your boss that it’s time to invest in video:

1. Social media is the number one activity on the web: It’s not a fad, it’s not a phase. From Facebook to Twitter to YouTube to Pinterest, social media has entrenched itself so deeply in our lives that it is a multiple-times-a-day habit for many, and continues to grow in importance as more platforms appear and evolve. This is especially true for Canadians. As a nation, we spend the most time online and are the biggest consumers of online video. We’re also the most active users on Facebook.

2. YouTube continues to grow its reach and importance: Still think television or radio is the best way to reach the masses? Think again. There are more than a billion unique users on YouTube, with Canadians being the most voracious consumers of online video content.

According to Nielsen, YouTube reaches more adults aged 18 to 34 than any cable network, with the number of people subscribing daily up more than three times since last year. If you’ve hesitated to use online video as part of your marketing strategy, now’s the time to press play. If need be, start small with just one or two videos, as long as you start somewhere with online video in 2014. The beauty of video advertising is the ability to target exactly who you want to, so there’s no second guessing who your ad dollars reach.

3. Mature demographics are now the fastest adopters of popular platforms: As of late 2013, Facebook and Google+ show 45 to 54-year-olds make up the fastest growing user demographic. On Twitter, it’s the 55 to 64-year age bracket, up 79 per cent over the year prior. These platform-provided stats disprove the notion that ‘social media is just for teens.’ Create and target your content and digital ad strategy to engage the demographic your business wants to reach, because they’re active out there.

4. Mobile use continues to increase: Most people with mobile phones have it on or near them for the majority of the day, encouraging a steady stream of digital interactions. We are using social apps at twice the rate of news apps, and four times as much as games. More than four billion users worldwide access social media via mobile, with 751 million on Facebook alone. Nearly 200 million people are ‘mobile only’, meaning they never access the platform from a desktop computer or laptop. Mobile also makes up almost 40 per cent of YouTube’s viewing time, with the platform’s app available on hundreds of millions of devices.

Nearly every single mobile device on earth is used as a gateway to social media. Consider how your brand content, videos and advertisements display on mobile devices, since providing an easy mobile experience equals higher conversion rates. If something isn’t working, it can be easy enough to adjust your strategy until you find something that works and converts.

5. LinkedIn continues to attract new members every second: In fact, every second, two new members join the social network for professionals who are using the platform to share and converse with other professionals, whether in their industry or not. 238 million LinkedIn users have created 1.5 million groups and 3 million official company pages. When used properly, it’s can be a rich source of increasing your network base, while receiving and sharing relevant content.

If you or your business isn’t on LinkedIn yet – get there and start working it. A good strategy can be creating a relevant group which becomes a valuable source of information, while working on building your own community. There’s also plenty of opportunity to position yourself as a thought leader in your industry under your own personal brand.

As with any content on any social media platform, the main keys to social success are:

Be strategic with the content you create and share.
Be consistent when it comes to distributing content.
Be ‘social’ and engage with other users
As when many things ‘new’ and revolutionary come along, there will always be traditional thinkers who fight change, sticking with the same way of doing things. Usually, it’s to their detriment. While the Internet is still relatively ‘new’ by comparison to other mass messaging mediums (print, radio and TV), this digital world is having such a tremendous impact in our lives, and it’s importance will only continue to increase for both businesses and consumers.